Royal Fremantle, established in 1905, is one of the few Golf Clubs that still occupies its original site. The site, Reserve No.6638 was gazetted on 12 May 1899 and vested in the Fremantle Municipality on this date.

During 1904 a band of some twenty enthusiasts met regularly at His Lordship’s Parlor (later known as His Majesty’s Hotel) for the purpose of forming a Golf Club and on the 20 July 1905, the Club formally came into existence when a deputation met the Oval, Parks and Reserves Committee of the Fremantle Municipal Council.

The proponents had located land which appeared suitable – an A-Class Reserve of about 196 acres vested in the Government and which was leased to the Currie Brothers for cattle grazing and used by the Polo Club. It was well located for use as a golf club, being close to the electric tram line which was being built at the time.

Council’s Minutes record that it was proposed to form a Golf Club in Fremantle and that while the Club would embrace players of Fremantle, Cottesloe, Claremont and even Perth, it was the intention of the organizers to form a Club for all players and to make the subscriptions such as to admit all classes participating in this sport.

After some discussion, the delegation undertook that the Club would submit a written proposal to the Council. The Chairman and the Councillors expressed themselves as being willing to give the matter their early and favourable consideration.

This was done on 9 August 1905 and the Fremantle Municipal Council approved a loan of £500 to assist with the development of the first nine holes.

These were laid out by Arthur Oliphant and Peter Anderson one Sunday afternoon in 1905. Anderson, at the time Headmaster of Scotch College in Claremont, was a former British Amateur Champion who at one time held the record for the Saint Andrews Course.

With the Council approval in hand, the Club comprising approximately 60 members, was formally established at a meeting on 8 September 1905. Incorporation followed on 4 November.

A deputation consisting of Messrs Oliphant, Eales and Solomon (Jnr) waited upon the Committee at a Special Meeting of Council on 22 September 1905 and submitted a plan showing the proposed laying out of the first 9 holes for golf play on the Park Lands.

The deputation advised the Committee that, acting in concert with the Polo Club, the Golf Club was arranging for a visit to the grounds by the Hon. Minister for Works with a view to approaching him on the question of water supply and reticulation for Polo and Golf ground purposes.

The deputation also asked that, pending the incorporation of the Golf Club as a Corporate Body which had already been advertised in the Government Gazette, the Committee would allow the question of a guarantee in the matter of payment to the Council of an annual sum equal to 8% on capital expended, to stand in abeyance.

After discussion the deputation was advised by the Chairman that, subject to Council’s approval, the Committee would:

Before retiring the deputation said they desired to thank the Town Clerk and Town Engineer for the able assistance that had been given to them in pushing the matters forward, which had been so willingly extended.

On 12 September 1907 a deputation from the Golf Club due to problems with wandering goats, suggested a wire netting fence be erected around the land, Council’s Committee recommended that in preference to considering the advisability of expending a large sum of money (estimated at 120 pounds) upon the work of running a ‘pig’ wire netting around the reserve, the Golf Club be recommended to exhibit notices warning persons that goats trespassing on the Links Reserve will be shot.

It had been an enormous, laborious task to turn the rock-strewn area into a golf course. The effort of providing landing stages between tees and greens, with everything surrounded by piles of stone, was a feature of establishing what eventually became grass-covered fairways.

The major long term problem was always adequate water supply. Other early worries included cattle, rabbits and goats with the latter eating young tree plantings as fast as they were planted. Even vandalism was evident.

This period finished with the highlight of achieving Royal status. On 9 May 1930, Passfield, Secretary of State for Dominion Affairs, advised the Governor that his Majesty the King has been graciously pleased to grant the use of the prefix Royal to the Fremantle Golf Club Incorporated.

This was conveyed to the Club by Governor Sir William Campion on 14 June 1930. So, Royal Fremantle was then the Premier Club in Western Australia.

Royal Fremantle at 6175m is not long by modern standards (slope 130). Plans are in place to lengthen some tees as part of regular course maintenance and development plans but this will be done only in keeping with the original intentions which were to provide a course for all players and to encourage participation in the sport. 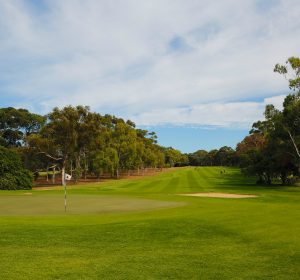 Royal Fremantle is not solely about providing a championship venue for professional tournament play to be utilized once a year.

The course is well maintained with clearly defined Kikuyu fairways that are amongst the best all year round in the country, tidy tee boxes and Bentgrass greens that are deceptively quick.

However, when a shot goes astray the penalty is fair and there is always a chance to manufacture a shot from under the trees to get the ball back into play.

That said, the Course Record of 64 was set in 2009 by our own Paul Fenton during that year’s Club Championship qualifying round. Ric Kulacz, a notable West Australian amateur player also had a 64 in 2006 but the course has been lengthened and greens changed since then, it is a testament that the course is no pushover.

The previous record of 66 had stood for over 25 years. In 2001 the WA Amateur Open was held at the club and only the rising star and Australian Amateur Runner-Up, Michael Sim, was able to record more than one sub-par round over four days of tournament play.

Since then the game has changed dramatically and the leading Amateur in the 2006 WA Amateur Open held at the Club was 21 under the card! 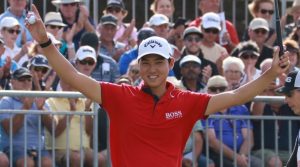 Royal Fremantle has also been shown to be able to develop players the equal of anywhere with current LPGA tour player Minjee Lee who was the world number one Amateur Lady prior to turning Professional in August 2014 and already has three tour titles to her name.

Minjee is the current number one female golfer in Australia. She has multiple professional wins, with some coming as an Amateur. She also has 5 wins on the LPGA.

Minjee’s brother, Min Woo Lee, is a current European Tour Professional. Min Woo has one professional win under his belt, being the Victorian Open of 2020. This win secured him a European tour card for 2 years

Oliver Goss was a Tour Professional based in the USA and is a previous Silver Cup (Low Amateur) winner at the Masters and WA Open Champion. He is now the Junior Development Officer here at Royal Fremantle

Royal Fremantle is a players course, challenging and enjoyable. The course can be tamed on a still day, but when the prevailing sea breeze, colloquially called the “Fremantle Doctor” arrives, after midday, only the best swings survive. 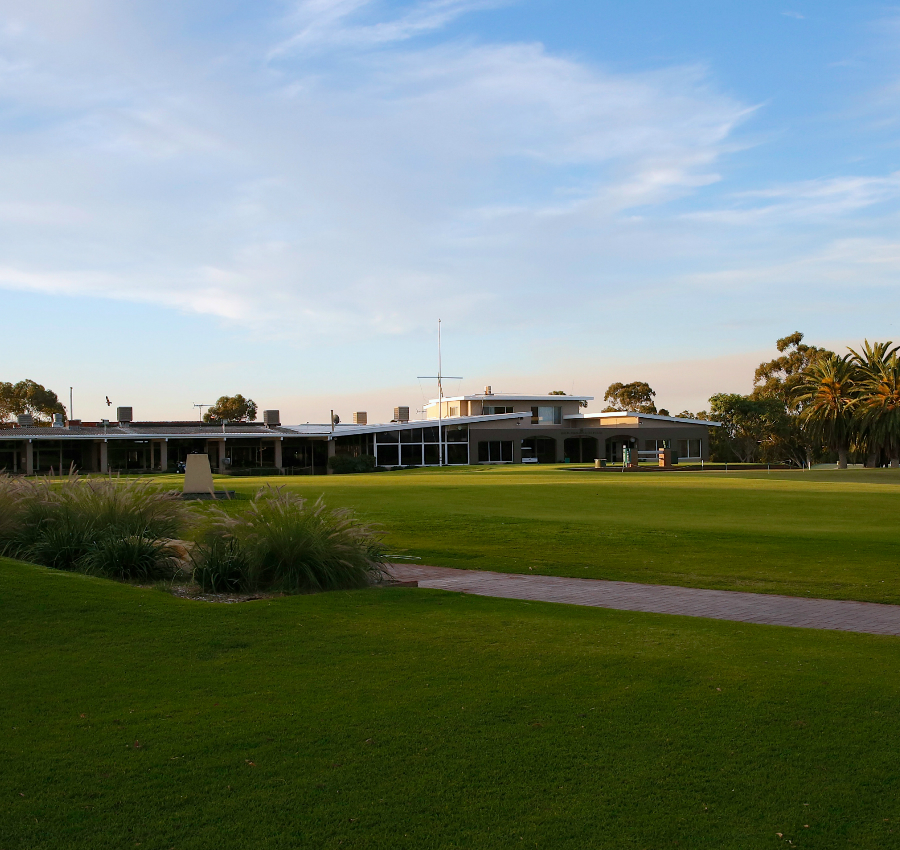 1907 Official Opening by the Governor of Western Australia

1911 The New Clubhouse was built

1930 The Club achieved its Royal status

1968 The course undertakes a major redesign of 3 holes